While things right now are odd and difficult to deal with, we remain hopeful that our world will sooner than later, return to normal. Those in higher education are busier than ever with sudden, drastic changes happening on campuses across the country. Since this is the case, we thought it was a good time to focus on some higher education success stories.

Learning to Use Data to make an impact 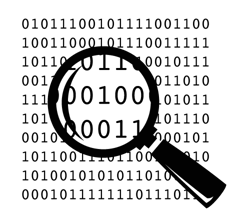 The Association of Public and Land-grant Universities and the Association for Institutional Research are helping campuses use their own data to more strategically implement student success initiatives. The organizations are piloting a Data Literacy Institute that will help individuals employed at 12 universities receive training to better understand their own data and how to apply it in impactful ways.

This is especially good news for schools who struggle to get students from underserved populations through to graduation. Interpreting relevant data can:

Schools need employees who can access data, understand how to read it, and apply it to the creation of effective solutions. Read more about how data can better inform student success initiatives in our second success story below.

Georgia State University (GSU) realized the value of data in student success sooner rather than later. Taking action in a way that reveals the true potential of data, GSU was able to identify 800 unfavorable student success indicators within their students’ electronic footprints. The indicators helped GSU engage with the student at the right time, with the right support to help them get back on track. 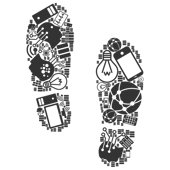 A good example of an unfavorable student success indicator could be a student missing lectures or not logging into the school’s online platform. The behavior is revealed through data and a creative way to read it. Support is then triggered for that student early on so they don’t fail their courses.

The steps GSU took ultimately allowed them to improve their graduation rate and lower the average time taken to graduate at their school. GSU’s graduation rate was 48% in 2008, jumping to 55% in 2018. More impactful though, the graduation rate for African American and Hispanic students, and Pell Grant recipients increased from 18% to 55% over the last 16 years.

Over time, data also revealed a good amount of students were dropping out because they couldn’t pay their tuition bill. Steps were made to set up a microgrant program, effectively supporting those students quickly so dropping out wasn’t the only option. Of those grant recipients, 87% went on to graduate.

With GSU proving to prospective students and their families that students who attend finish their degrees, GSU’s enrollment numbers have also risen. Not surprising, high graduation rates are an attractive selling point in the ever-competitive world of higher education.

A group of community colleges in Ohio saw increases to their enrollment numbers, graduation rate, and the number of students who transferred to a four-year school. This was made possible with the successful adaptation and application of an initiative called the Accelerated Study in Associate Programs (ASAP).

ASAP is a rigorous, all-inclusive program that supports full-time students with whatever they may need to be successful at their school for three full years. The program was previously implemented in other states, such as New York, and produced results similar to Ohio’s. Support within ASAP includes:

When comparing ASAP students to those not in the program at the same college, you see how impactful the program really is.

These results show, when the right mix of programs and support are offered at the right time, students are more likely to succeed.

Even though a lot is going on in the world around us, it’s important to remember the positive things that take place each and every day. It comes as no surprise, considering the gains colleges and universities are making, that college completion rates are on the rise nationally. What can you do for your school to keep that momentum going?

If you'd like to read more about these stories, use the links below.

If you’ve got a student success story to share, please do so in the comments!

General Inquiries about the Attigo Suite